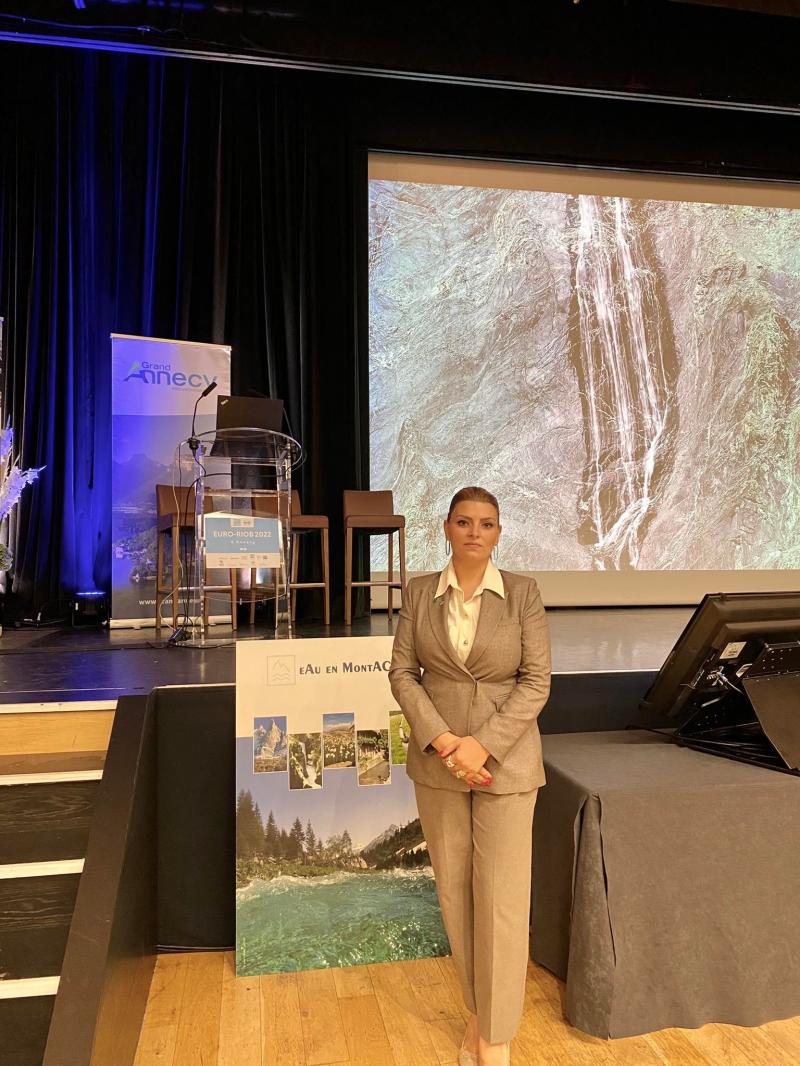 At the fourth meeting of the "EU for the Environment" (EU4Environment) Green Economy Regional Assembly held in Paris, Deputy Minister of Environment Gayane Gabrielyan spoke about Azerbaijan's large-scale aggression towards the territory of Armenia.
During his speech, the deputy minister referred to the large-scale attack carried out by Azerbaijan in the direction of the eastern and southeastern regions of Armenia with the use of artillery and combat drones at midnight on September 13.
Gayane Gabrielyan informed the participants of the forum that the fires caused by the large-scale aggression unleashed by Azerbaijan caused great damage to the "Jermuk" forestry of Vayots Dzor marz. Forest fires in this area have caused significant damage to the biodiversity of 10 hectares of forested area, including endemic flora and fauna, leading to land degradation. Plants growing in these areas (Juniper Cossack, several types of pear, etc.) and living animals (Armenian mouflon, bezoar goat, brown bear, etc.) are registered in the Red Book.
Let's remind that the meeting was attended by the national coordinators of the Ministries of Environment and Economy of Eastern partner countries, representatives of the European Commission and EU delegations, EU member states, civil society and EU4Environment implementing partners (OECD, UNECE, UNEP, UNIDO) and the World Bank.